Food crops refer to crops that are grown for use as food. These crops make up the world’s food supply. The main food crops are cereals, legumes, vegetables, tubers, and fruits. 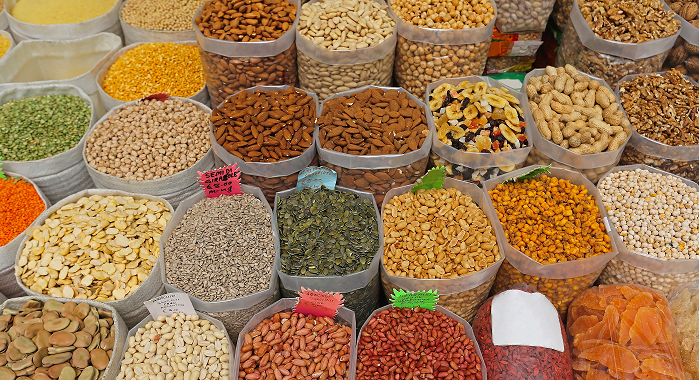 Plantain is another popular food crop produced in Nigeria.  The fruit is grown in the South and Central regions of Nigeria in large quantities.

Nigeria is one of the largest producers of plantain in West Africa. This is due to the favorable climatic conditions in the Central and South regions that make cultivating plantain easy.

Plantain belongs to the banana family, however, they are lower in sugar and starchier than bananas.

Tomato is one of the most cultivated food crops in the world. It is used in the preparation of many dishes. Tomatoes can be used raw or refined into tomato paste. The paste is used in making stew and some sauces.

As of 2018, Nigeria was responsible for more than 1.8 million metric tonnes of tomatoes, which makes it the largest producer of tomatoes in sub-Saharan Africa. Tomatoes are mostly produced in the Northern parts of Nigeria, but they can also be cultivated in other parts of the country.

Beans are one of the most nutritious food crops. They are also one of the most-consumed crops in Nigeria. There are more than 30 species of beans, however, only two of these species can be found in Nigerian farms.

Brown beans are the favorite choice of most farmers in the Northern parts of the country which is where most of the beans consumed in the country are produced.

Beans offer a lot of benefits due to its high protein content and the abundance of nutrients such as minerals, vitamins, and antioxidants.

Maize is one of the few food crops that can be grown by just anyone in any part of Nigeria, despite this, most of the maize producers are based in the Northern part of the country.

Nigeria alone accounts for most of the maize produced in Africa with about 8 million tons of maize being produced annually.

In Nigeria, maize is usually consumed as a snack or used to make popcorn.

Nigeria accounts for more than 70 percent of the yams produced in the world. It is by far the world’s largest producer of yam.

Yams are one of the most-consumed crops in the country which is one of the reasons for the large production. The crop is also exported to other countries in Africa and the world.

Yam is quite easy to cultivate which is why it is can be grown in most parts of Nigeria either for domestic or commercial use.

Nigeria is the world’s largest producer of Cassava accounting for more than 20 percent of the world’s total production. It is also one of the largest exporters of the food crop in the world. Cassava has many applications in Nigeria, it can be consumed alone or refined to produce other foods.

Cassava is usually refined to produce starch, flour, garri, and fufu. It is one of the most-consumed crops in Nigeria due to its many applications.

Potatoes, like yams, are tubers which grow underground. They are rich in minerals, vitamins, and antioxidants that offer many benefits to the body. Potatoes can be consumed alone or combined with other foods to make delicious delicacies.

Okra is grown in most parts of Nigeria and is used in making okra soup. Okra soup is a very popular delicacy consumed in the Southern parts of Nigeria. It is made with a lot of vegetables, okra, spices, and herbs.

The soup offers a lot of health benefits as it is parked with a lot of nutrients necessary for the normal functioning of the body.

Carrots are mostly cultivated in the northern part of Nigeria. The crop has high commercial value due to its nutritional content.

Nigeria is one of the largest carrot-producing countries in the world, just behind countries like China, the United States, and Ukraine. China alone accounts for about 45 percent of the global carrot production.

Carrots can be consumed raw or used in preparing other foods like fried rice. They contain a lot of nutrients which are beneficial to the body. They are also rich in vitamin A which promotes eye health and prevent many eye diseases.

Onions are vegetables that are cultivated for use as a seasoning for food. Onions are mostly cultivated in the Northern part of Nigeria in massive amounts which makes Nigeria one of the largest onion producing countries in the world.

Onions are packed with a lot of nutrients such as vitamins and minerals. They are also low in calories. Eating onions can improve your heart health, protect your cells from damage through the action of antioxidants, prevent cancer, control blood sugar, and boost digestive health.

Nigeria accounts for a major part of the cashew nut produced in the world. It is the world’s sixth-largest producer of cashew with more than 120,000 tones being produced annually. 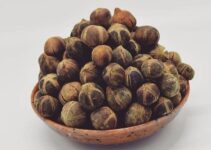