Good food is not just about how delicious the food is but also about the number of beneficial nutrients in the food.

These nutrients aid in many biological processes that boost the overall health of the body. However, there is more to consider when taking food and that is how the food is digested, absorbed and metabolized into the body.

Glycemic Index (GI) is a ranking factor for carbohydrate which measures the extent to which they raise blood sugar levels after being consumed. 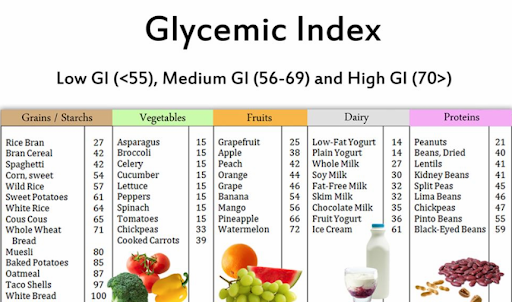 Foods with low glycemic index are slowly digested, absorbed and metabolized and result in smaller fluctuations in your blood glucose levels. On the other hand, foods with a high GI are rapidly digested and absorbed which leads to great fluctuations in the blood sugar levels.

Who Should Eat Foods with Low Glycemic Index?

Eating foods with low GI is a way for people with type 1 and type 2 diabetes to manage their condition. It is also helpful to people with gestational diabetes.

People with high cholesterol are at a higher risk of heart disease or stroke which is why they should focus on consuming foods with low GI values as they have been proven to reduce high cholesterol levels.

Below is a list of healthy Nigerian foods with low GI values. Most of these values are below 50 which are just good enough, however, focusing on foods with a GI value less than 45 will get you the best benefits.

Maize (corn) is loaded with a lot of beneficial nutrients that can help the body in many ways. A 60g serving of maize has a GI value of 48 which is just good enough.

Beans are one of the most nutritious foods in Nigeria. It is high in many beneficial nutrients, especially protein which is known as the building blocks of the body.

Vegetables have one of the lowest GI values and Okra is not left out. Okra is the main ingredient used in preparing okra soup and it has a GI value of 18.

Akara is made directly from beans which have one of the lowest GI values among Nigerian foods. Although Akara has gone through an extra preparation process, it still has a low GI value of 44.

Moi Moi is another nutritious food made from beans. It has a GI value of 41.

Most fruits have a low glycemic index which is why they are recommended for consuming. Banana is one of the fruits with a low GI value below 50. Its GI value is at 48.

250 ml of milk has a GI value of 31. This low GI value is just about the same with the GI values of many dairy products.

Different types of rice have different GI values. 150g of brown rice has a GI value of 50 which is just good enough.

How GI is Measured?

The GI value of a food is measured in a complex process. A food with an unknown GI value is fed to at least 10 healthy people. 50 grams of the food fed to these people contain digestible carbohydrates and its effects on their blood sugar levels are measured over the next two hours.

A GI value is obtained by dividing the glucose AUC for the first food consumed and for the reference food. An average GI value is gotten for the 10 people which become the final GI value.

The GI classifications for individual food portions are stated below

To maintain your health and reduce your chances of getting type 2 diabetes you’ll have to focus on foods with a GI value of 55 and below.

There are several factors that could raise the GI value of food and other factors that can decrease these values. It is important that you have the right information on these factors so that you know what exactly you’re consuming.